A Night With El Pinche Brujo

When I first heard El Pincho Brujo in his video for ¨Guadalajobru¨, an ode to his state´s top ranked soccer team and hip-hop lifestyle in Guadalajara, I thought I was hearing something special.

I didn´t realize regional Mexican rap had such a strong representative outside D.F. This guy, who came out of the Jalisco graffiti scene, hustles. ¨Brujo¨by the way, is the masculine for ¨witch,¨ and ¨pinche¨ as it´s used in most parts of Mexico, means either ¨damn¨, or  the adjectival ¨fucking¨.

On a Saturday night late last month Brujo showcased his skills. No DJ. Just him, a beer, and roomful of teenagers and curious hip-hop fans. He even took shout outs for rugged spots like Chalco and Iztapalapa. 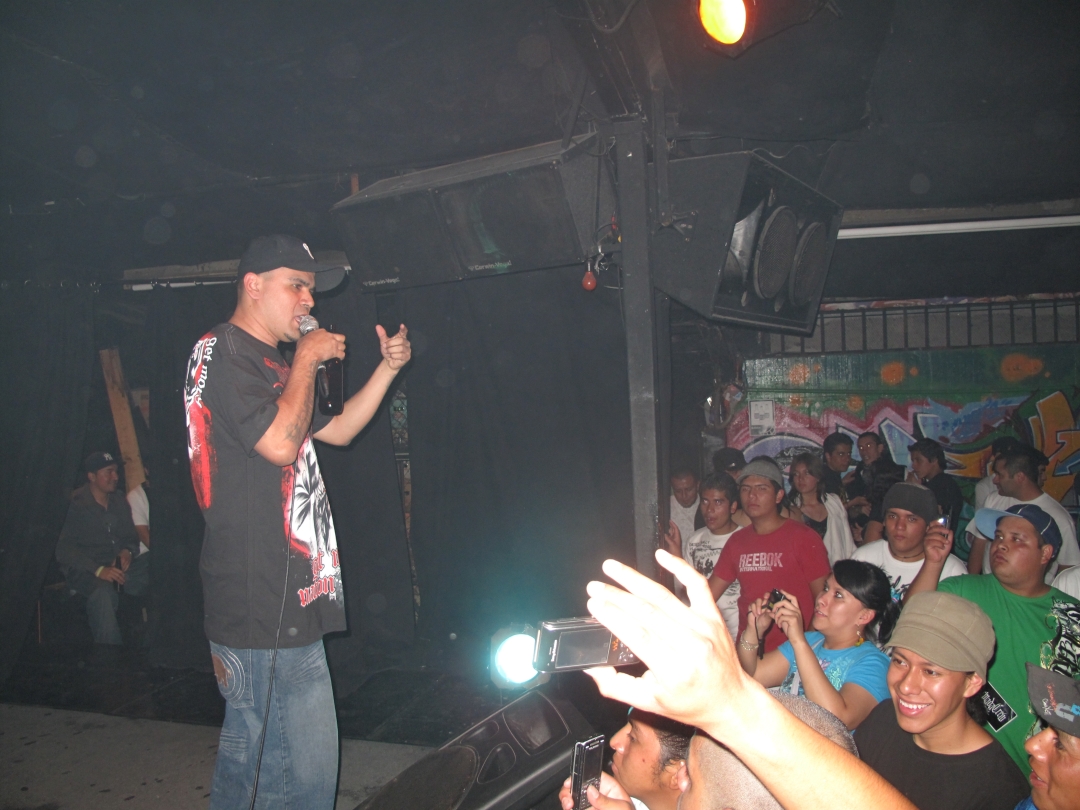 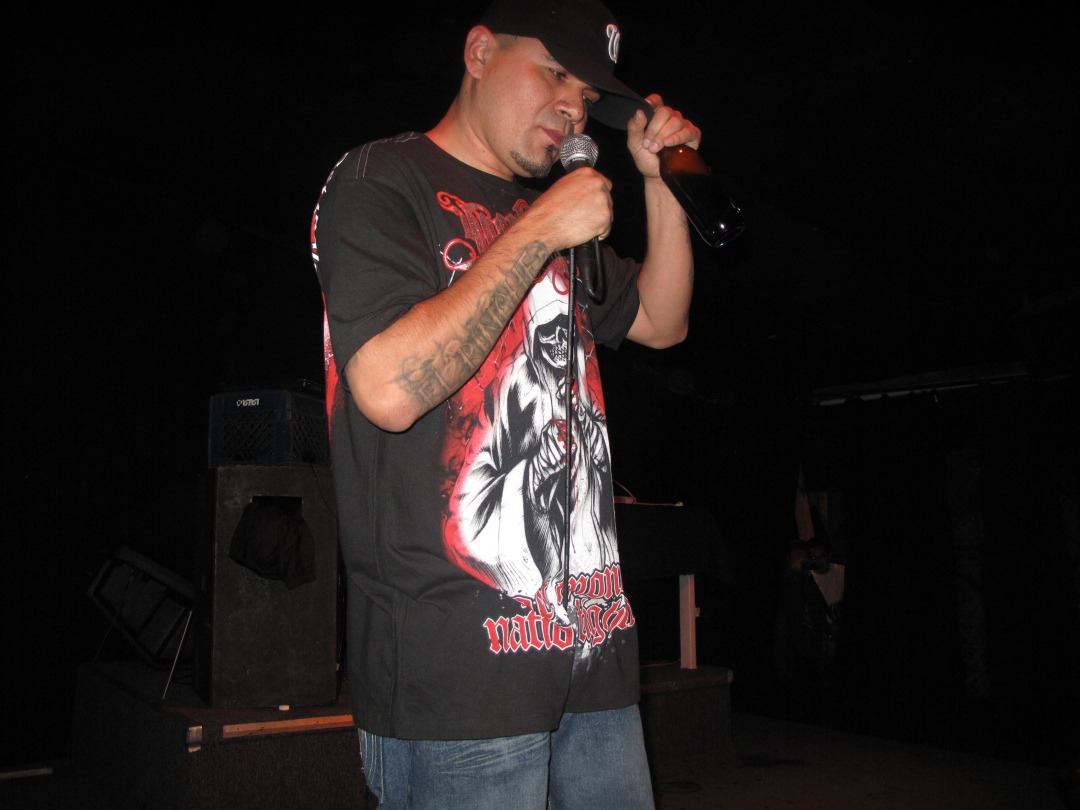 He prowled the stage in mock drunkenness.  Hitting his rapped punch lines with a nasally flow ala B-Real, but with more bass in his voice. A few times he mentioned the drug cartel devastated Ciudad Juarez. But only got as deep as saying, ¨Man….Juarez.¨ Of course what more could he say?

On a sidenote: El Universal, earlier this year, did a good video report on hip-hop in Juarez. (via Red Barrio)

I´ve been told by one Monterrey performer that drug gangs are known to ¨tax¨ performers sometimes for their show money. It´s rare to hear the type of drug trade braggadocio here that litters U.S. rap. 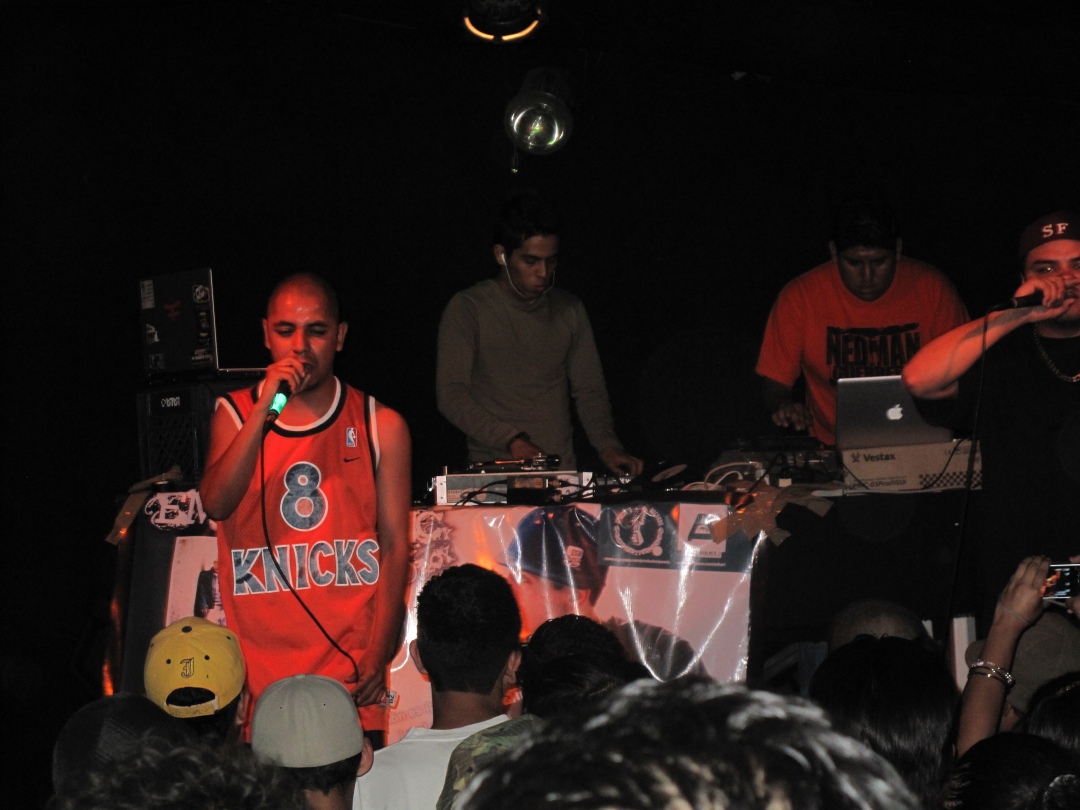 Nedman Guerrero performed about an hour before Brujo´s midnite set.  One of Mexico City´s more practiced MCs, his style is strictly based in the old school New York-flavored street rap. Learn more about him in this interview (in Spanish) with the Grita Rap blog. 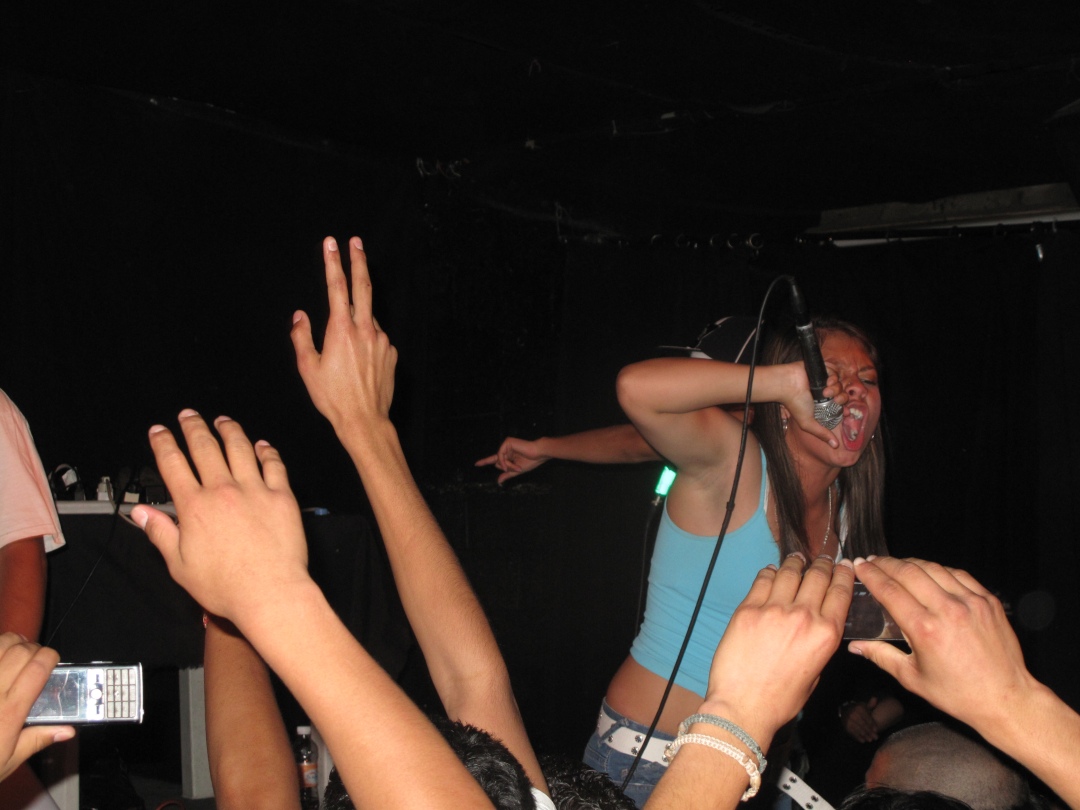 One of the surprises of the show that night was a 16 year old rapper who calls herself Niña Rap. You can see a little of her flow, here.

What surprised me about her wasn´t her lyrics (she´s got a ways to go), but her energy was raw and she had an assertive stage presence. You find more and more young women focusing on rap music here in Mexico. It´s an odd choice given rap´s small audience, and the fact that women rapping on the mic subverts the all too well known macho paradigm of Mexico (and rap). 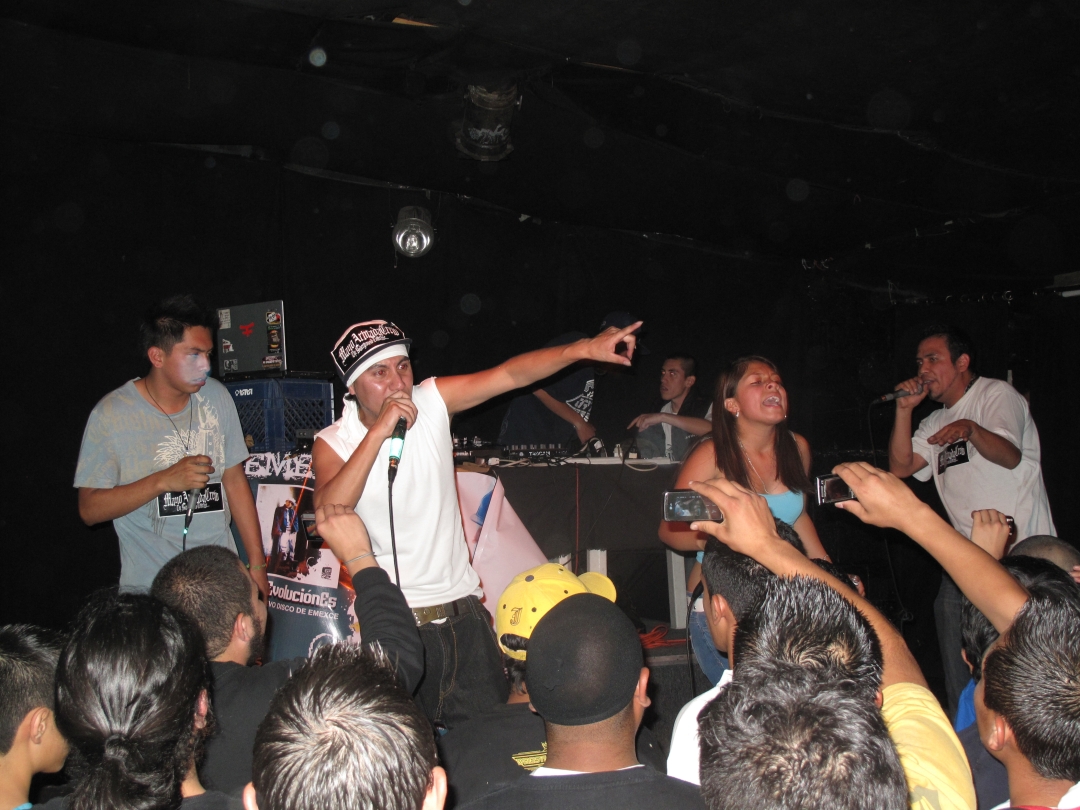 Mexico City´s El Abogado and his Mano Armado Crew (of which Niña Rap is a member) gave a bouncy set. I´ve seen El Abogado (or The Lawyer) at several major rap events around town and he´s definitely one of  D.F.´s more serious cypher rappers. Always willing to jump into an improve rap session.

In all, it was nearly a 5 hour rap show. Not among the better rap shows I´ve been to, but a solid testament to how hip-hop — the music and the culture — is embedded in the D.N.A of Mexico City.