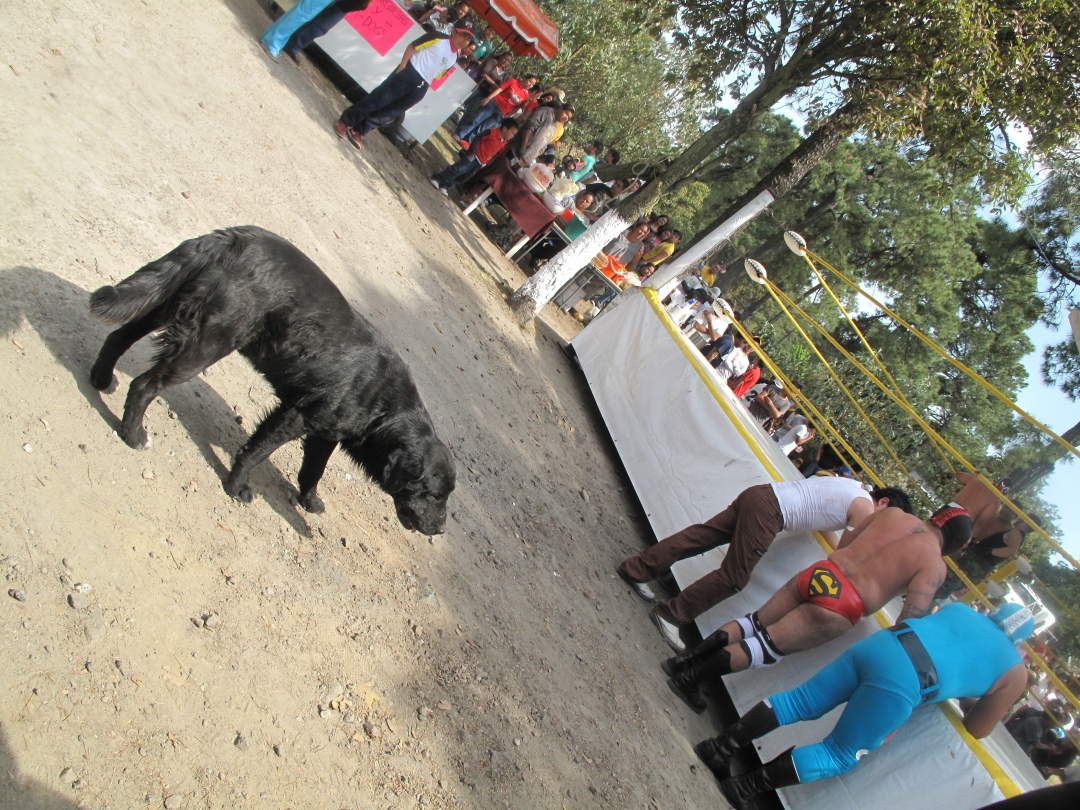 A couple of wrestling matches, pulque and a gentle Sunday sun can make for a special cap-off to a weekend. Always down for an escape from the smog of the city,  we tripped up to the mountain in the south called Ajusco.

What led me on that journey was Niña Rap. I saw her the night before along with El Abogado and his Mano Armada Crew, and wanted to check them out again.  They were scheduled to perform at a mini music festival on the grounds of a pulqueria called La Frontera. It´s right across the Picacho-Ajusto freeway from the Gotcha compound.

Here´s  a slideshow of photos from the day I uploaded to Youtube.

I think every visitor to Mexico gets turned on to pulque and lucha libre when they spend enough time here. It´s no different with me.

This sizzurp comes from the maguey plant, and just like any ´Tussin (according to this report)  it´s good for the people.

There´s a documentary called La Canción del Pulque by Everardo González.  A wonderful introduction to pulque, and the culture that surrounds the pulqueria, and her patrons.

Pulque is such the libation that an 1897 article from Scientific American described it this way:

¨Pulque is not the drink of the Spaniard or those of Spanish descent; they drink champagne… Among the peons, men, women and children drink pulque with the same freedom that water is used in Europe.¨

Of course, now, it´s the stuff of scholarship.

The feeling you get from pulque, is a light, happy intoxication that creeps up on you. It´s not like sipping your 4th or 5th beer, or anywhere near as dramatic as tossing back that 3rd double shot of tequila.

After a liter of pulque and a couple of Victorias, we couldn´t stick around for most of the music. Had a late afternoon appointment back down in D.F. But what we saw made us want to come back.