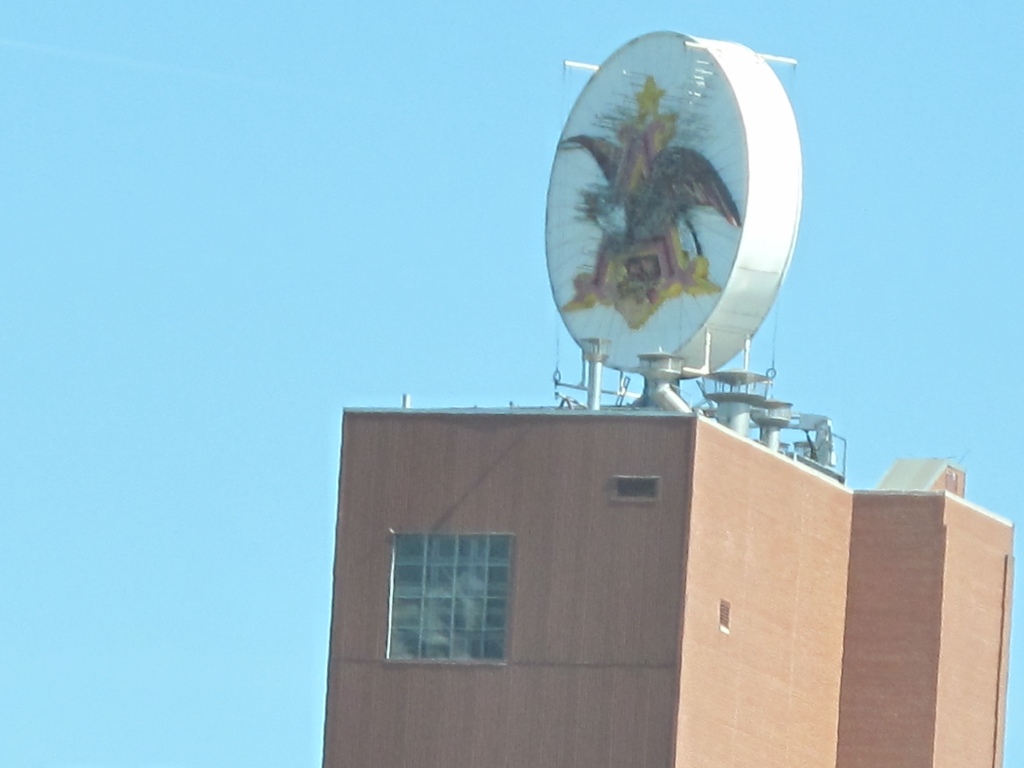 I grew up on the outskirts of where the King of Beers is made. I´m from an industrial town nearby, so this was never that special of a place, except for the smells and the sign.

As a kid I remember passing by this Anheuser-Busch plant and smelling the oddest smell: malted oats, or something like that. At night the sign lights up and you see an eagle fly and then transform into an ¨A¨, it´s really impressive along that loan stretch of the 1&9 just before you reach Newark Airport, ecscuse me, Liberty International Airport (see how long I´ve been gone?). 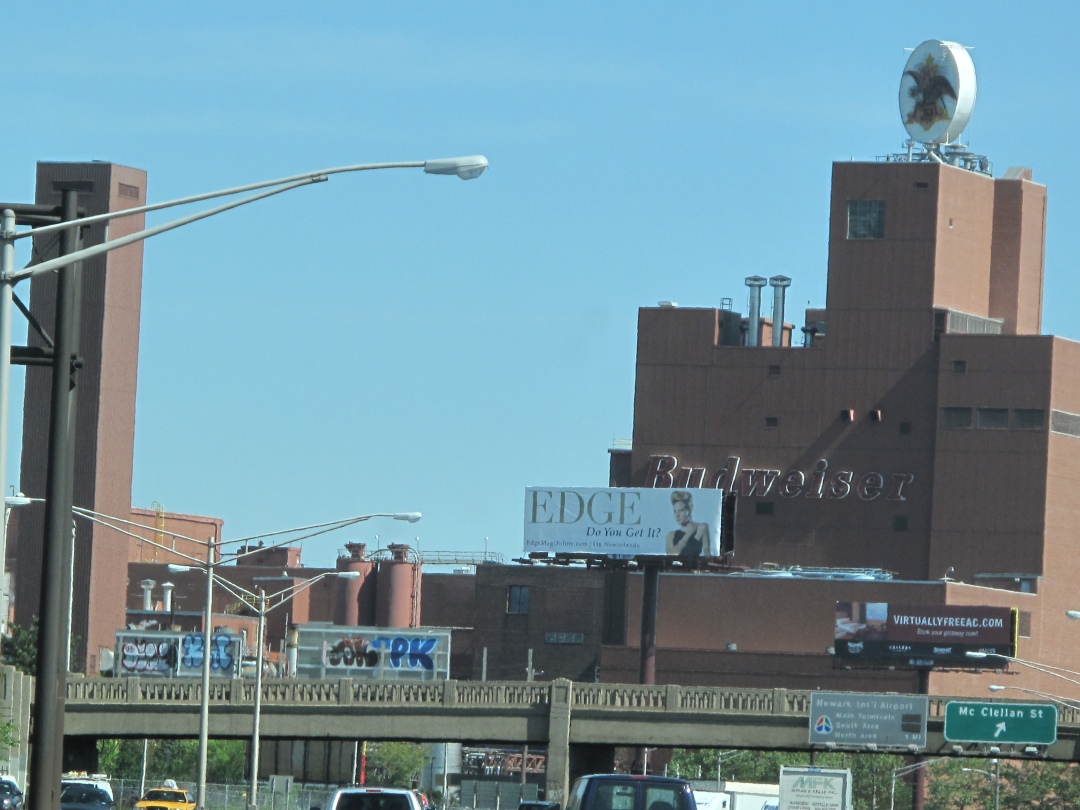 There used to be other breweries in the vicinity, but they´ve since shut-down. Their cool signs gone as well.

If there´s no Star-Ledger, then who will cover Newark?

I remember working at a paper on L.I. when a colleague asked me “What’s the paper of record in New Jersey?” He followed the question with a chuckle.

“The Star-Ledger,” I shot back.

That memory came to me last week, after I´d been reading about troubles at the paper over the last couple of years, and a recent buyout that nearly decimated the place.  It was with much sadness that I read the other day that a veteran reporter and photo editor were working in a mail room.  A reward in some ways for all of those years of stress, meeting deadlines and working themselves for the paper… for the business.

Pensions are important and that was probably a good way to make sure they could both retire with something to show for it.

But, still. I worked with the reporter, Jason Jett. I knew him to be a dedicated, serious practitioner of his craft. If I´m not mistaken, he would always bring copies of the Village Voice into work for everyone (it´s hard to get the Voice across the bridge).  No reason he had to go out like that. But I understand.

To be honest, I never was a huge fan of the Ledger. Not really made with an eye on my generation. Plus, for a quick train ride I could go grab the New York Times. That´s not to belittle the work and talent at the Ledger, nor the writers it´s reared.

I grew  up with a piece of my childhood attached to South 18th Street in the city of Newark, where my grandmother, grandfather, aunts and uncles would take care of me when my parents needed a break. Or were out working extra shifts. I care about the place.

New Jersey needs a strong paper of record. People to monitor corruption (there´s a lot). Governors who get caught. Governors, period. Immigration. And the ever-growing gang problem. But most importantly, someone to be the paper of record for the “Jersey Shore.” Ha. No, I´m serious.

The Ledger was my first newspaper internship. My first and coolest summer job ever.

It taught me a ton about the paper business and the things I didn´t want to cover.  I wasn’t a big fan of riding around Newark, quizzing people on street and in the projects about shootings. Exciting when an editor gives you an assignment , but a whole other story when you get there. All square reporter, and people are asking you how you got into your line of work, saying they didn´t see anything.

But Newark is worthy of close coverage. It´s a town with a deep and rich American history,  and home to one of the great urban riots of world history.

It would be a shame if profits, or the inability to change with the times kept the greatest city in the State of New Jersey to be without a paper, or worse.

Photo of Newark riots by AP, from NY Times story. (via) 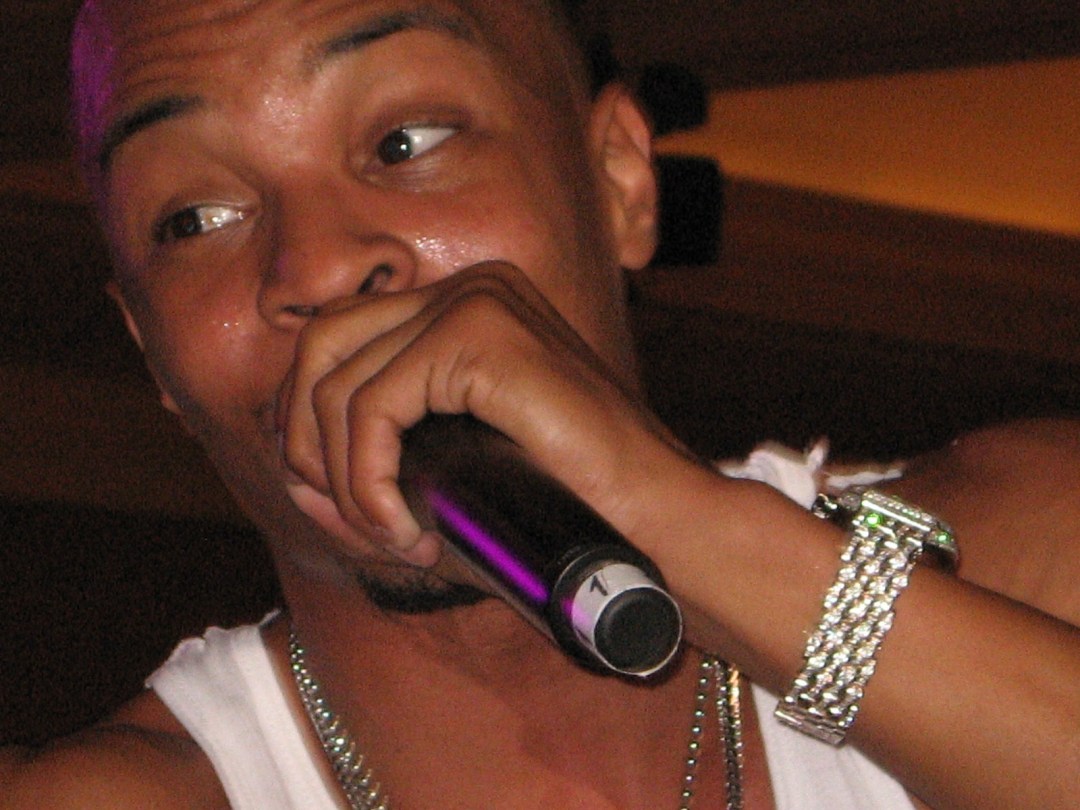 You can stream and download T.I.’s out-of-jail track, “I’m back.”  Atlantic Records, in hopes that an incarcerated Gucci Mane (or Lil Wayne) doesn’t snatch all of T.I.’s thunder, had their star southern rapper take media calls yesterday, fresh out of a stint in prison on federal weapons charges. Rappers and guns, rappers and guns. One of my first published stories was a co-byline on a piece about “Naughty by Nature” getting caught with guns.

T.I., wasn’t in trouble for “a” gun, but several.  I bumped into him at the fashion industry convention called MAGIC in 2008.

I always like to point out to people the connection T.I.’s global success has to New Jersey. The Great Migration meant a cross-roads such as Jersey would always share a connection with the lands across the Mason-Dixon, including T.I.’s home state of Georgia. But to have this link represented in contemporary pop culture, I mean … that’s what Sinatra lived for. So, what’s the Jersey connection to T.I.?

Jason Geter. As legend has it, Geter was a guy from Montclair, who discovered T.I. in a barbershop, after he moved to Atlanta to stake his claim in music. An internship and a front-desk job later, he struck gold.

He now not only manages the Bankhead rapper, but also runs his Altantic imprint, Grand Hustle records. He even got his 15 minutes of TV fame when he did a co-cameo on HBO’s “Entourage,” above. You can read more about Jason and see pics, here. 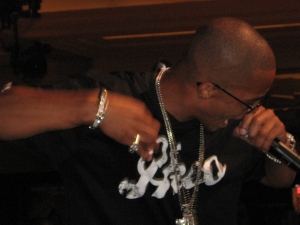 Furthering the N.J. connect, T.I.’s Akoo clothing line got some free publicity in the states biggest city, Newark. A billboard put up down the street from my high school was thought to be too suggestive for the people ambling through Downtown.

END_OF_DOCUMENT_TOKEN_TO_BE_REPLACED

Who would you say is your favorite Jerz M.C.?