Depending on where you grew up —- say, from the middle school years through high school years — you probably didn´t know a lot of Black kids who were into punk rock.  Not to get all Bill Cosby on you or anything, but when you grow up in certain neighborhoods, falling outside the ¨norm¨ just isn´t tolerated. There´s a whole sect of brothers who think Hendrix is some really exotic stuff, not socially accepted on some corners.

It´s all connected to the same vibe, the same origins and the same angst and rebellion, según yo. That´s why I like this week´s pick, James Spooner´s documentary, Afro-Punk (2003 ). While it´s a bit obvious in places,  I felt it suffered from poor pacing. There were a lot of voices involved in the doc, and some great punk rock artists. It´s most astute on issues related to being Black in a punk environment, tackling some important topics such as the question of Blackness. How can Black kids in Southern California, New York City, Cleveland and Detroit, who are into punk somehow be considered ¨less Black¨? Like in my N.J. town, why do they get beat up and picked on, as they walk from school to their homes, wearing a Bad Brains, Slayer or Metallica shirt, in predominantly Black neighborhoods? Not sure if that still counts with today´s version of those same bullying kids, wearing colorful skinny jeans. Kind of balances things out.

Via the Google Video link:

Spooner continues his involvement in the Afro-Punk space with a festival in Brooklyn. Check out coverage from last week´s Afro-Punk Festival in the NYT, SPIN, and NY Press.

For a more lighthearted take on what it means to be a punk outsider, watch SLC Punk! (1998).

To mark Black History Month, we’re celebrating Afro-Mexican History Month here at I Know Huh?.
In late October, I met Epifanía, a cigarette-smoking senior citizen in her 80s from the Costa Chica town of Cuajinicuilapa (“Cuaji”).


She came to Mexico City’s Museo Nacional de Antropologia, along with a larger group of elders and children invited to celebrate Dia de Muertos with a traditional danza de los diablos.

And just for good measure, here’s a 2005 piece talking about two documentary films focusing on Black Mexicans: “The Forgotten Roots” and “African Blood”.

Tony Gleaton’s photos were my introduction to Black Mexicans. No.
I’m wrong. It was Kemo. 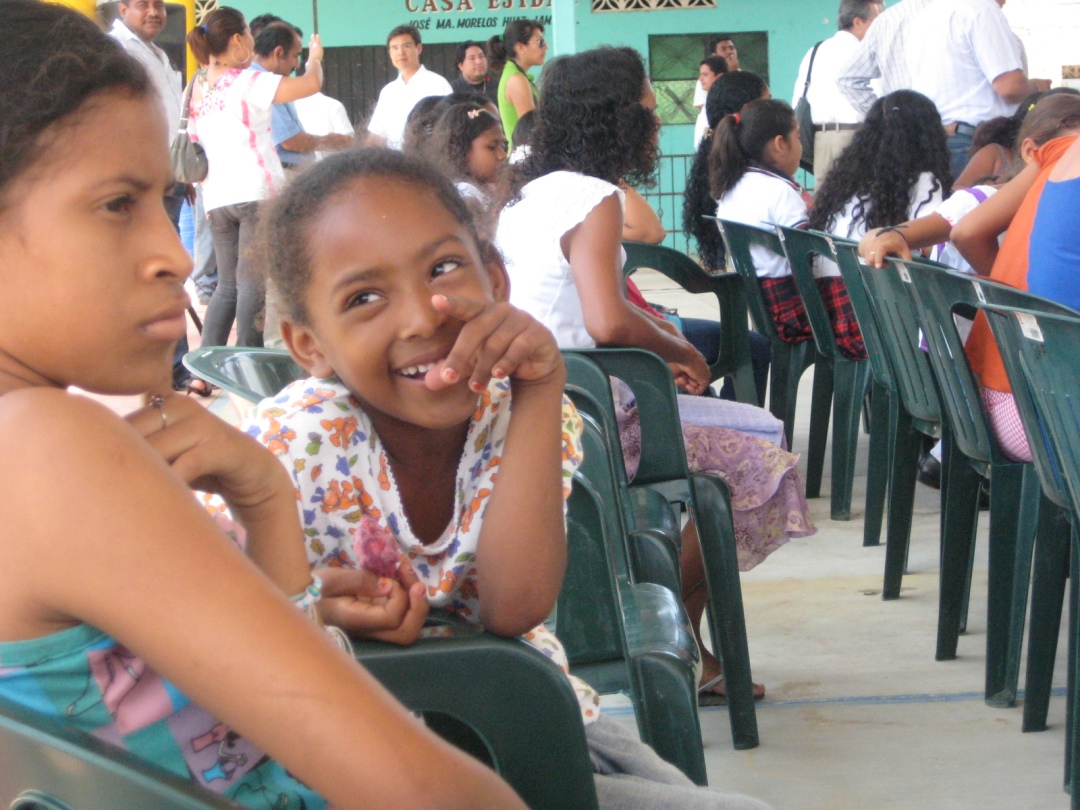