There’s at least one person close to me who I hope takes this commercial very seriously. Just because you don’t feel sick, doesn’t mean you’re not infecting others around you. Contain your germs, please.

This entire week-long catastrophe known as the swine flu epidemic brought to my mind proto-political rap group Public Enemy on several occasions. I really don’t know why. Just check some of my previous blog post titles you can see.
Other than the bit of reporting I did for publication, I’ve been indoors mostly. That hasn’t necessarily been my choice either. The fun parts of town have been relatively quiet by order of the local government.
Although there are any number of private soirees tonight, Mexico City is officially on lockdown this weekend. Most major events were cancelled once again, and as I was told by a friend, a talking head on a PBS news show was thanking the people of Mexico for enduring shut-down mode for the sake of all humanity, which again, brought to mind this P.E. gem:

END_OF_DOCUMENT_TOKEN_TO_BE_REPLACED

I took a ride on the Mexico City subway. Got on in Doctores . Beat by R. Diggs.

Sad news on the swine front. It’s still spreading. To New Jersey! That’s my homestate, man.
See, now it’s personal. I only hope this virus gets wiped out and doesn’t mutate again.

On the financial front, Big Pharma GlaxoSmithKline: UP, and the mega-non-kosher Smithfield Foods:DOWN.
According to this Netflix is where to put your money.

Concerns are still heavy since the CDC upgraded the flu meter to a Level 4 calamity.

And its continuing to have financial repercussions as experts are saying “swine flu will…deepen the global recession.”

On a fairly warm Mexico afternoon, yesterday, I ventured out to see if things had changed. Taking the subway was something I had been avoiding since the news broke a few days ago.
One of the biggest adjustments for the people of Mexico City has to be not going to church. Last night in the Colonia Guerrero, I stopped by the Templo San Hipolito. There was a quickie mass and a little water splash after the priest read a prayer of the Virgin of Guadalupe for the flu epidemic. He also announced that the church wouldn’t hold the special 28th day services for the San Judas Tadeo . i know a lot of kids are bummed about that.

There is a very mild (as far as I can tell) hysteria coursing through city life here. Although people tend to go about their every day, you can’t help but notice the fewer numbers driving and commuting and eating out. The only time the bit of hysteria comes up is If you hear a nearby sneeze or a cough. Most people look at the culprit in disgust or anger, especially if the sneezer or cougher didn’t cover their mouths in one of the two government approved ways: sneeze into your armpit, or into your a disposable paper towel. You could always wear your mask, but I think a lot of people are still on the fence with that one. Maybe the non-mask wearers are just waiting to cop a technologically advanced face-mask like the one created in Japan: the BioMask 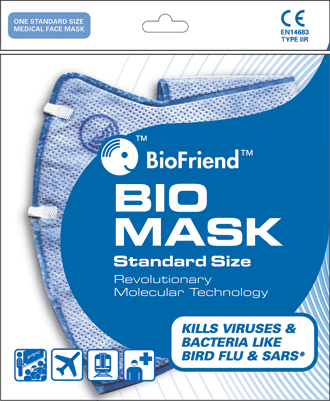 Here’s to staying flu free in the D.F. (and by now, the rest of the world, too).
Something tells me Spanish grind metal band Pesta Porcina knew this was coming. If this is your cup, download their 2007 demo, here.

Also, it wouldn’t be epidemic season without a few more musical reminders (followed by Mexico City street and subway shots): After the jump

END_OF_DOCUMENT_TOKEN_TO_BE_REPLACED

Worldwide financial markets are already starting to take a beating in this, the first official week following the swine flu crisis here in Mexico City.
Alas, the drug companie$ have little to worry about. Ka-ching.
Besides all the bars and clubs and sporting events shuttering over the weekend, one of the major letdowns was the cancellation of 60 lucha libre matches.
I really hope this virus gets under control for next week’s 3rd annual wrestling convention, called Lucha Libre: La Experiencia, which is a mix of informative panel discussions on wrestling as well as music and entertainment. It’s scheduled to run May 1-3 at Centro Banamex here in D.F.
On another note, this mask wearing is getting out of hand. Most people, I mean, like more than half walking around on the street don’t wear them. If things get worse, health-wise, then wearing a mask is going to have to be an ordinary fashion accessory for a while.

With total deaths at 103 so far 149, as long at the numbers don’t shoot up exponentially, we should be alright. Then again, it might just be the calm before the storm, and then, you know. Be safe. Wash your hands.

Wow. I guess it really could be…….

R.E.M-End of the World as We know it (and I feel fine)

Check out some more pathogen-related music:

Listen to The Plague.

More after the jump.