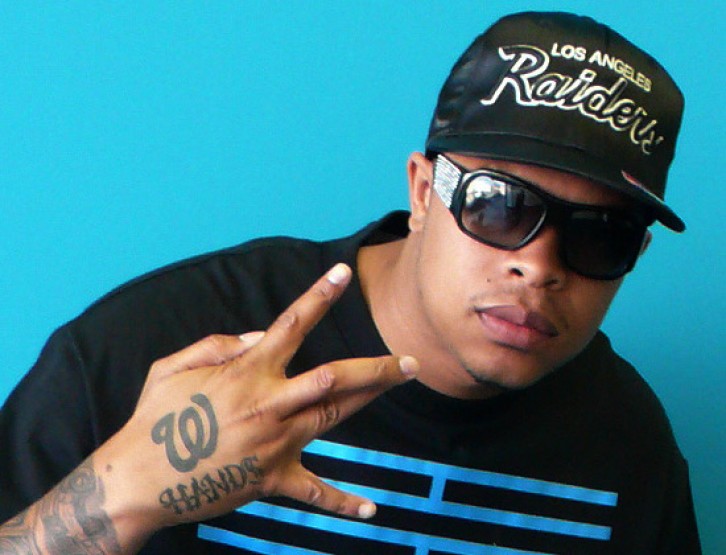 Curtis Mclemore, whose professional name is “Curtis Young (Dr. Dre’s son)” is back (at least I expect him to be). I’ve told you about him before, in this post.

What better time than now to re-extend the 15 minutes he got some 3 years ago. It looks like he want trying to put something out in April.  Maybe his sources kept telling him Detox was soon to come out. He even put on his grownfolks clothes for an album cover. 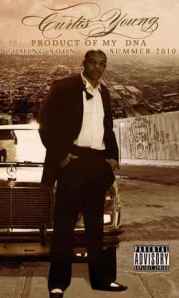 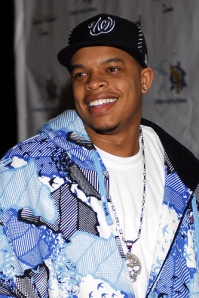 __You can’t deny that he looks like Andre Young. You have to give him some props       though, because how many people can ride the coat tails of Detox, without ever having cut a track for Doc Dre?

__According to one blog post written at the time, “There had never been any real _association between father and son until recently in 2007 when Dr. Dre agreed to _produce tracks for his opening act. Aside from this, Curtis had previously met Dre _at the age of 21.”

I came across this Vibe.com piece (Next Generation: Stepping Off the Bandwagon) about the gang of famous rapper kids who came on the block a minute ago:

Hood Surgeon:
To fill in the shoes of one of the most influential producers and artists in Hip Hop may seem like an impossible task at feet, but Hood Surgeon is far from falling short of the challenge. From his introduction into the game at 12 as part of a group called Lyrical Assassins, to starting productions just three years ago, it is quite evident that Hood Surgeon is following in the same footsteps as his father but leaving his own footprints while at it.

Hood Surgeon has a plethora of talent on his label, So Hood Records, such as Disappear, Paper, Young B, Embryo, Twine, and Too Swift. Currently, Hood Surgeon is working on a So Hood mixtape and his own album; his single “Paradise” can be heard on the airwaves now.
When asked if the rumors that him and Lil Eazy might be forming a new N.W.A., Hood Surgeon replies, “I’m forming a new N.W.A – It’s a movement. I have been trying to do this for years. We’re in a new era, it has to be that new shit, with an old twist on it.”
Of course, Hood Surgeon didn’t take a plunge in cold water without some tough love from his papa. Like a lot of young adults, Hood Surgeon ignored his father’s advice about staying out of the industry, but he is not oblivious to the wisdom that was being shared. “I been finding out little things about what he said because people hate and you can’t make everybody happy in this game,” Hood explains. “That’s the only thing that I hate about the industry, especially people from the street – they expect you to help everybody out. It’s only so much money! If I could I would help the world out. But they don’t understand that, so it’s only a certain chosen few that have your back and that stay right there, right by your side.”
Hood Surgeon is very familiar with the pressures of trying to live outside his father’s shadow. “That’s very difficult because everybody is saying, ‘Does he sound like Dre?’, ‘Is he going to be better than Dre?’. That’s a pioneer, I am not even going to lie with this, dude is very intelligent. Good as him or on the same level, we both share the same brain, so I’m working on it too.” 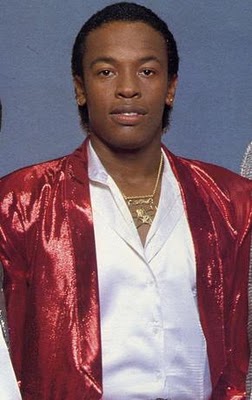 You can’t deny that he looks like Andre Young. You have to give him some props though, because how many people can ride the coat tails of Detox, without ever having cut a track for Doc Dre?

According to one blog post written at the time, “There had never been any real _association between father and son until recently in 2007 when Dr. Dre agreed to _produce tracks for his opening act. Aside from this, Curtis had previously met Dre _at the age of 21.”


__Ehn, I don’t know about that. Been looking at this new Dre video and Curtis isn’t even a frozen extra. What kind of love is that for “Dr. Dre’s son”?

You know, the problem here is that the kid just doesn’t have it. SoCal is so full of gimmicks like this, that it gets annoying when people try to play the legacy card. I wonder if the thing is that Dre know Curtis just doesn’t really have it (in the way the Hilton sisters will never be as mogoul-ish as Conrad, for lack of a better example…okay, in the way that Rain will never be funny like Richard?).  I don’t know.

When I had the chance to meet the Dre off-spring he seemed to be pushing toward some type of legitimacy, but in a way the Mexicans call chafo. He had a little record deal-type of thing going. With an obvious big time industry player. He was even talking clothing line and all kinds of wavvy business with this guy Kenny Archer, and ex-cop/ex-Snoop bodyguard. He was making moves.

Now I’m not one to disparage the bloodline of greatness, I’m just telling the truth, he’s really kind of painful to hear rap. Take a listen.

I’d much rather listen to this on a constant loop: