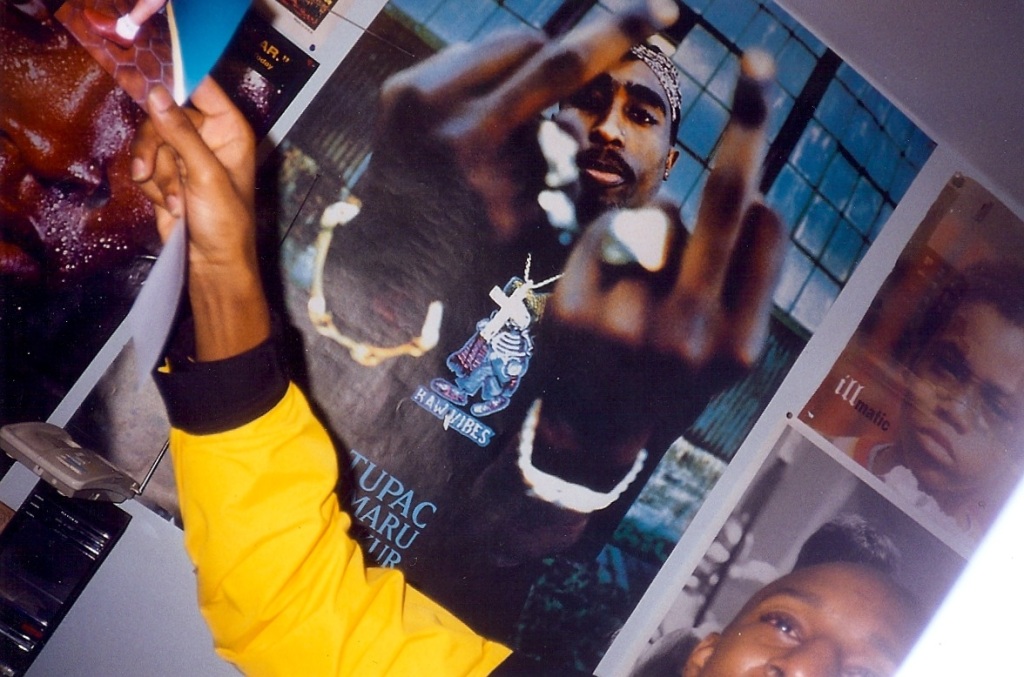 I’m not showing you this found photo so that you can see how funny looking Marc is. I was just wondering what happened to all those posters that used to decorated my room. All gone, except for the Ali poster over there in the left corner. I bought that huge Pac poster shortly after he died, when I was an undergrad in college. I didn’t mind Tupac was giving me the double middle finger. I’d like to know who took that, however. Was it in Vibe?

I think that if Tupac were alive today, he would be recording over techno and house beats, because that’s just what you’re supposed to do nowadays as a rapper. I really hope there’s no posthumous album with that gimmick in the works, unless it’s by David Guetta and maybe Will.I.Am, maybe.

Below, a recent mix by Brooklyn native and Detroit transplant Kevin Saunderson, considered one of the pioneers of Detroit Techno. Check a previous post about a historical documentary on that scene.

Pac would either work with him, or one of the new jacks on the scene such as L.A. techno duo Raíz. Or, Pac would go crazy on you at the suggestion he record over these beats. But I’d like to think of him as more worldly than that.

If you’re in Hollywood next week, you can check out the two DJ sets plus many more on Wednesday, Jan. 12. The ghost of Tupac may be hanging out further west on Sunset. RSVP for free entry. The venue is small, so it won’t turn into one of those events Dennis Romero likes to write about.