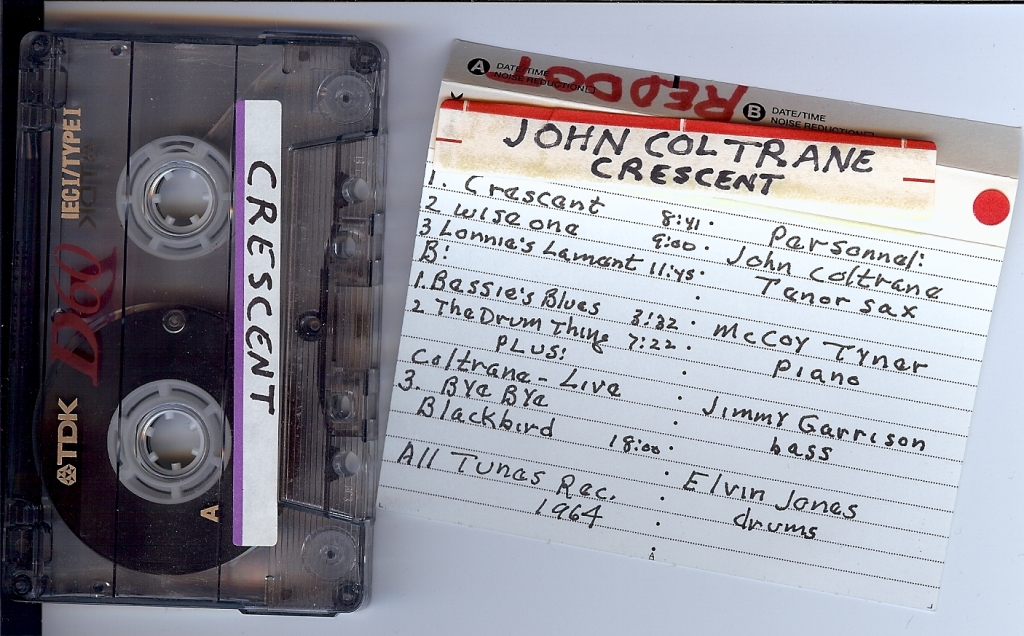 I live in what I like to call an “academic project.”  It’s a pair of towers on the edges of Harlem. A reminder to some of the locals around the corner, who still live in this area, that eminent domain in New York State is like the Wu-Tang Clan:

Being an incessant collector of shit I don’t need, I’m often drawn to this closed off area where we add money to our laundry room cards. It’s not always just to re-up my $1.75 a wash/dry card. There’s also a bookshelf back there where people put old books and magazines.

I take it mostly graduate and doctoral students live here, along with some professors (What up, Dick John!), as well as people who’ve figured out how to game the system and get permanent residence. Since you get such an intellectual lot, oftimes there are some good books and many times a semi-recent New Yorker magazine or two. One day I crept in there and found a box of tapes. Video and audio. I’m usually not one to take a second look at someone’s dusty TDKs, but something drew me to this box. Maybe in hopes of finding a gem or two. There were at least 100 tapes. All meticulously marked with track lists. Damn, I thought, I remember when I did something like that, just way sloppier and I could never get all the tracks names to fit evenly on the line. I ended up squishing most of it together, or just putting the album title on the top sticker and calling it a day.

Inside the box, within the crusty Frank Zappa and Steely Dan tapes were several Coltrane tapes I thought might play in my handmedown CD alarm clock.

Seriously, who listens to analog tapes? Definitely the 8-tracks of Gen-X. But I’m glad I grabbed those tapes (I even took the Zappa ones), hearing Coltrane blow his sax over all that analog grit just makes listening to the maestro all the more authentic. Hard to explain the feeling I get, I just know I can’t stop listening. I keep flipping the tape again and again. Pure uncut Crescent. I think I’ll keep rocking this until the tape pops.

It’s not the same thing, but Coltrane’s great nephew bangs almost as hard.