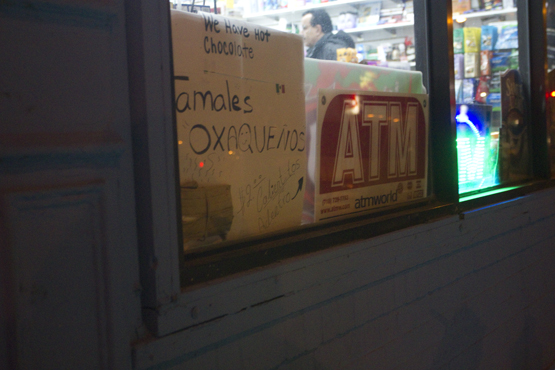 I was strolling along 4th Ave. in Sunset Park, in unforgivable cold weather, and saw this sign in the storefront of a tiendita that had a straight-up Arabic name above the awning. The sign says:

Though it’s probably spelled “Oaxaqueños”, it reminded me of the recording you always hear in D.F. The tamale guys and girls that all the expats think is so cute. They come out at night on makeshift bikes with a small soundsystem attached that plays the same looped announcement calling people to come out of their homes and grab a bite.

You can probably read about this in a ton of travel guides and gringo expat experience novels and blogs.

What I didn’t know was that it was a sort of meme. You can find renditions of the gastronomic chant all over the web.

And what was I doing in Sunset Park at 8 p.m.? Taking pictures for some of the last stories of the year. Shots of the Metropolitan Detention Center in Brooklyn. Of course the guard came out of his little booth, with his bullet proof vest and yelled at me. My press card was good for nothing in his eyes. But I told him I just needed shots of the concrete median. He looked at me like I was crazy and went on his way. He even threatened to arrest me if I took shots on his beloved prison, which is all up on Google Maps anyway. 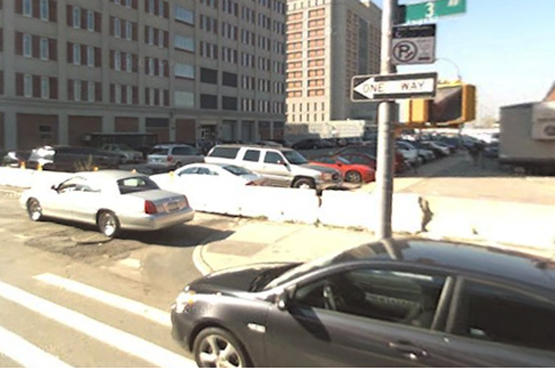 Tamales recording from via Sierra Jenkins.