My 5 Greatest D.F. Rap Moments: #5 Bocafloja Show at Alicia (When the Lights Went Out) 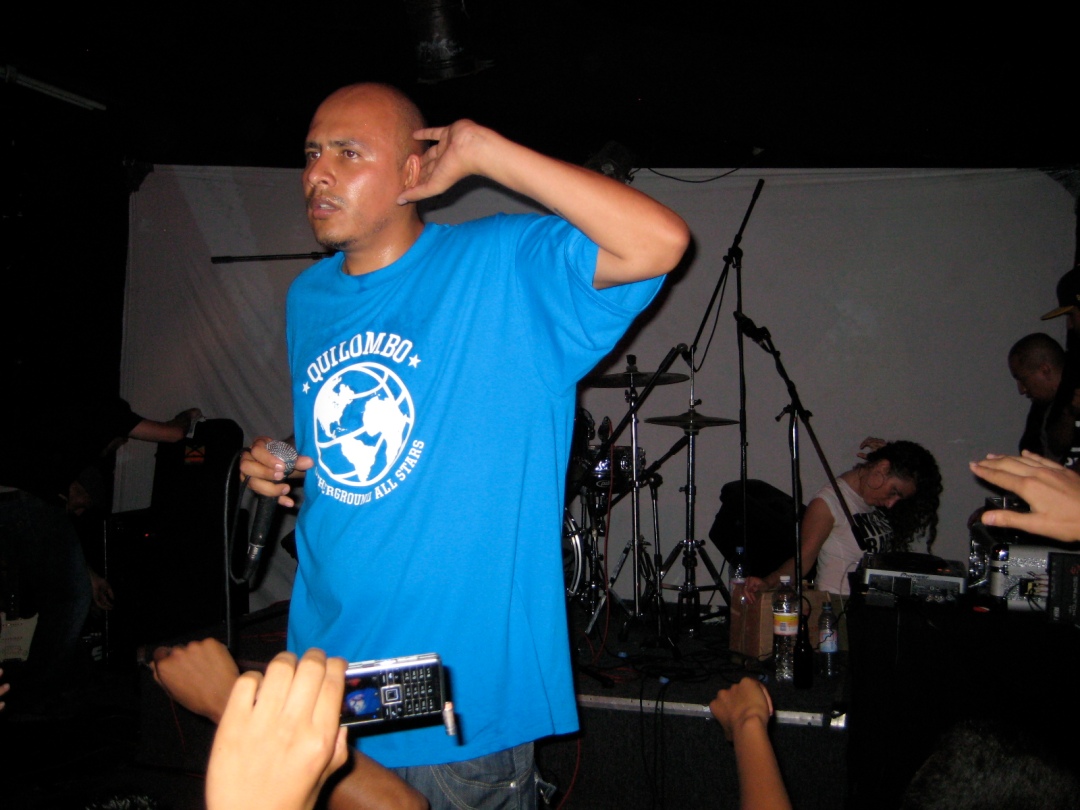 I found the following piece in my blog drafts, dated July 20, 2009. Why am I waiting almost a year to publish it? Because this is a blog, and sometimes I have to let things marinate.  Besides, I knew I would do some kind of bloggery count down, so I needed some ¨new¨ material.

Being in the crowd at this concert, above, at the Foro Alicia in Colonia Roma, was one of my greatest Mexico City hip-hop moments. Not in my life have I been to a rap show where the lights and power went out (typical reaction to a violent thunder storm in this part of Mexico City), yet most of the crowd stuck around to hear rappers perform over a drum kit, or accapella. The image, if you were there would have been of a dark performing space and people busting out notebooks to participate in impromptu poetry recitals and top-of-the-dome freestyles. Those kids got to shine, in the dark, but kept things moving so the show could go on. The Foro Alicia was brimming with teenagers in that summer heat, while the D.F. rainy season was in full effect.

My good German geologist friends, Maria and Moritz, came out to the show. And they stood around just like everyone else when the lights went out. Check out some of their excellent photos of life in Querétaro, taking rocks very seriously for UNAM.

Hip-hop in Mexico, as anyone who has been here can attest, is somewhat lagging with the rest of the world. It might be economic issues as some say, or it might just be some conspiracy that only Nasty Nas can devine.
Saturday’s show was proof that hip-hop culture here is strong.  So strong in fact, despite a pretty violent rainstorm that cut power to Bocafloja’s Quilombo tour, at least 100 or so die-hard fans stuck around in the semi-dark (emergency lights cut on, but not the sound system) dealing with sticky heat that was bearable because of a post-storm breeze that blew through the vents (Alicia is a bit of a deathbox, but you can´t really think about that when your there, witnessing culture).

In typical Mexican fashion (you make good with what you got) Bocafloja huddled with his fellow MCs and decided they would let a couple of drummers play, while they rhymed to keep the crowd in check. 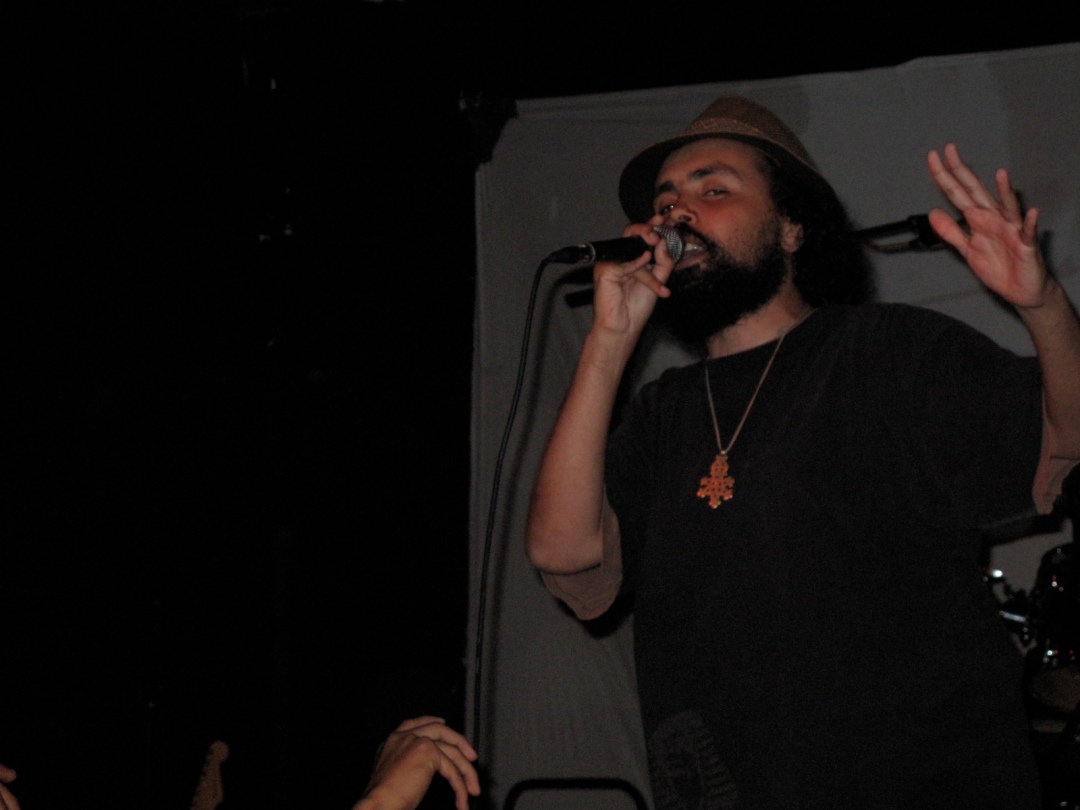 Seattle’s Gabriel Teodros, a performer I’ve never heard of before that day, started rapping in English. His verses kept the crowd enthused only for as long as he could freestyle. Next, every other rapper took his and her turn. Including Canadian MC Eternia.  Boca followed, displaying some spoken word skills.

If I had to point to who was the most “important” rapper in Mexico City right now, I would have to say Boca. Even though you’ve never heard of this guy, he has a lot of power over the hip-hop loving youth of D.F.,  Boy, girl, young, old…they knew every word to every song, every poem he’s created (did I mention he’s written a poetry book?). The last minute power-outtage improv even included a short, unplanned ¨open mic¨ session, that killed enough time that the lights cut back on.

Eternia was the first to open up the newly-lit set. She´s got monster energy, great performer.

The lights cut out again, leaving Eternia to finish up a cappella.

Boca, the show closer, did just that. He´s a “leftie” MC, and wears it on his sleeve a little, but does so with incredible Mexican pride. Anything he rapped, the crowd chanted along. They knew his canon of songs, which includes shout-outs to AfroMexicans. In most respects, he really is Mexico’s “oracle” of hip-hop as Tony Mitchell, the global hip-hop scholar once told me in an email.

The night was plagued with problems, as power never really established a lasting presence. You couldn’t blame the soundman, this time. Boca closed his set with a few numbers backed by the Bay Area’s MC Cambio of hip-hop band P.L.G (People Living Growing/Para La Gente). When it was P.L.G’s turn to play a medley of classic rap hits, electricity problems returned. Boca gracefully walked back on stage and looked out into the crowd and threw up his hands.
Throughout the show stoppages (there were about 4) he told fans that he had their best interests at heart, even promising to throw the show again on Sunday, and give out free copies of the DVD he was originally selling as merch. Most people loved the man’s music so much they would’ve stuck around for free.

Boca wanted to let P.L.G and another group finish their sets before he wrapped it up, so he said he would come off stage and take pictures with fans, and if the lights went up, the show would continue. By that time I was exhausted, standing for at least 5 hours, shoulder-to-shoulder, in a typical packed sardine that is the Foro Alicia on some nights.

That night was the proof I needed of how strong hip-hop´s roots actually are in this megacity.