Pac Man proved his dominance again this weekend. According to the New York Times Manny´s pull on the Filipino people is such that even the gangsters take a break on a Pacquiao fight night. He´s the first from his country to be such a huge international cultural icon. Before him, who were the heroes little Filipino boys and girls looked up to?

For kids wanting a career in music, perhaps Neil Armstrong is someone to take that title. Filipino Djs, especially those from California ( Neil reps NY) are really holding together the art of turntablism, party deejaying and hip-hop mixtape culture. Neil even spoke against the RIAA pressure on the mixtape industry some years ago.

DJ Neil ¨Armstrong¨ Rodriguez, is  a New York-bred DJ who rose up in the turntablist competitions ruled by the Bay Area.  He started taking turntables seriously in the mid 90s after earning a chemical engineering degree, and has been growing more ultra-successful in the last 5 years.

There was this gig as tour DJ for Jay-Z for several years, (here’s a Q&A I did with him in the Spring of 2008), which led to deejaying gigs in China during the Olympics. He no longer tours with Jigga, but has a nice job as spokesman for the Adidas/Star Wars campaign. He also released a free mixtape this month that´s dedicated to Jay-Z.

Rodriguez has crafted a mixtape ouvre that’s taken the concept of a  Ron G “blend” tape a lot farther than maybe it was supposed to go. His mixtapes tap into raw nostalgia at times, and sometimes just hinge on an emotion. Check ¨Warmfuzzy¨.

I´m not Filipino, but a Filipino national who immigrated to Newark, NJ, during the turn of the Century did marry into my family. This is him below. I´ve heard he was good at martial arts, but that could´ve been a stereotype passed down through the generations. He was known as ¨Pop¨. 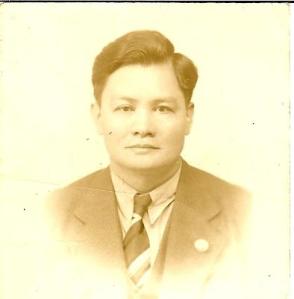 To hear more Neil Armstrong mixes, check out a mixtape/soundtrack to travel he did. The excellent classic rock filled “Extraordinary” mix, part of his All Out Kings series. And also check out his updated podcast page, where you can hear his “Warmfuzzy,” mix. Hear this mix from L.A.’s The Do-Over. 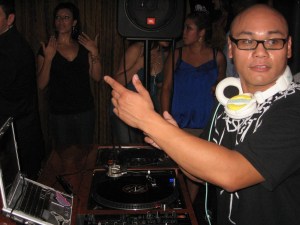 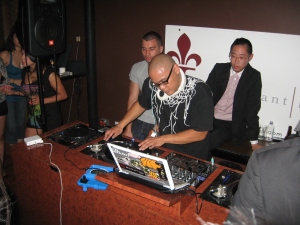