To check out Lucha Libre NYC, go to http://www.luchalibrenyc.com

It all started in L.A. I was driving back to the Hollywood area, up along La Brea, North of the hood when I saw a sign written on a piece of box cardboard and pinned to a light pole: “Lucha Libre los Domingos”. Or something like that.

I was an archive librarian at the L.A. Times and all I wanted to do at that point was get my words up in them pages. Besides my moms (HI, MOM!), I’d been inspired and prodded by Samantha Bonar,  Daniel Hernandez and Chris Lee, folks I’ve worked with who have been hyper successful with the written word.

At the time, “Nacho Libre,” the Jack Black movie based on an actual wrestling priest had just come out and I knew I could sell a pitch based on the idea of lucha libre in the city.  The lucha libre event in an old warehouse in South Central Los Angeles was a regular venue in 2006. I walked in, flashed my press creds and took a seat near a small family who had bought a bunch of pig skins, beer and hotdogs.

I don’t remember every particular match. I remember there was a gay wrestler, a fat wrestler and someone with a costume on, either a panda or a pig or something strange. What I do remember is Mil Mascaras. The legend, the O.G. of a thousand masks. He was there. We spoke. I was a little skeptical, wondering if the guy under the mask was the legend. I looked at this arms, they were the wrinkled, aged arms of a man in his 60s. I glanced up at this chest. It had that barrel shape you only get from decades of pumping iron, his arms had the same sinewy look to them. The dude was old, but he was probably rock solid. I didn’t bother touching him. A Japanese looking man, who didn’t speak English thrust a mask in Mascaras’ face as he left the ring, “Please sign.” The legend obliged. I was shocked that this Japanese dude came all the way down to the hood just to fulfill his fandom.

As it goes the Japanese love professional wrestling. Outside of Mexico, Japan must be the biggest non-U.S. market for American wrestlers, and their Mexican lucha libre counterparts. I’m not a wrestling fiend, but I enjoy the choreographed ballet that ensues when two athletes get into a ring and do choreographed stuntage to the glee of kids and grandmas. It’s still a spectacle that in some parts of the country is less expensive than a night at a cineplex. And more enjoyable in my opinion.

I used my appreciation for wrestling to graduate journalism school. I haven’t graduated yet, but my Master’s Project got some good notice and that’s a major part of getting your Master of Science degree here at the “journalism school of eternal excellence,” a.k.a the House that Pulitzer built.

At a celebration in September, where all of New York City’s Mexican population gathered for the bicentennial of the countries independence I saw a postcard advertisement on the ground. Lucha libre it said in the style of promotion similar to what I saw in Mexico City when I was there. A full card, about 8 bouts. This had to be new stuff here in NYC. I’d never heard of such a thing.

How new it was, I’m still now sure. People other than Lucha Va Voom have tried before to stake a claim in NYC even if it was for a show that was passing through. My aim was to tell the story of a guy who was trying to get this off the ground and the wrestlers he was bringing along for the ride. I think I succeeded in getting this noticed by a few folks around the world, but the project luchalibrenyc.com is still a work in progress. My L.A. homie @thebrianpark is a huge part of this project and I couldn’t have done it without him. His fearless shooting style and dedication to helping to round out this story really produced some solid work, with more to come. So, if you’re a fan of lucha libre, or just like to see shirtless men through each other around, come back often because I’ll be updated luchalibrenyc.com and posting link on this blog.

Larry Hernandez at Club Luna in the Bronx last month.

This guy brought his narco corrido flavor to East Coast in late November. I heard this one, from a different group, on Saturday night filming some video footage in Washington Heights with Manny Wheels. It was for our updated digital media piece that I mentioned in a previous post.
We’re looking at narco corridos and their increased presence on the local Mexican off-the-radar dance circuit here in N.Y.

Not to give too much away right now, but the party ended before its expected 3:30 a.m. time, because some knuckleheads sprayed the front of the party location with bullets, hitting one kid in the leg. Someone got jumped and the response was to spray half a block with lead. No one else was hurt.
While a sonidero was playing (they rocked everything at that party from bachatta to ranchera to groupero to tropical), I saw a kid walk up to him and send some shouts to Sureño 13. I don’t know if it was him or his click who participated in the shooting. It really messed up a good night, though. I’m not trying to draw any real parallels between narco corridos and the shooting, although it’s possible gang bangers were at the party to hear some. The fact is that part of Uptown is really hot right now, hot in the sense of crime and gangs and drugs…the stuff of poor not-yet-fully-gentrified areas.

**UPDATE: I just got a call back from one of the security guards who works these types of events (allegedly, the Ecuadorian and Mexican public and private party circuit in N.Y. has a high demand for security).  He confirmed that a young guy was shot in the leg Saturday night, and said it stemmed from a beef between local Mexican gangs whose turf is divided along 155th St.

Los Traviesos were set tripping on a guy who rolls with Los Cholos. Neither had anything to do with the party (they like to wait outside for family, friends, rivals or girls I’m told. But maybe they were causing trouble because they couldn’t afford the $6 Modelos, or $5 waters that were being sold. Oops, I forgot to mention the ridiculous markup at this and many local events like this. I have to say I’m a little critical. Just because there’s a monopoly on these “authentic” spaces for Mexican regional music culture in N.Y., promoters don’t have to engañar la gente.

We were all set to check out the Grupo Illegales, which is an outfit that was supposed to play a song called “500 balazos”. Instead we got a hyper-authentic Norteño group called Conjunto Dinamico. Some cats from Chihuahua.
They opened their set with speedy Norteño jams before moving into the narco corridos, which really started to get the dance floor (gym floor!) packed.
Their youtube presence gives you an idea of how they get down:

Though they play a variety of music, they say the narco corridos are a must to please the crowd. Even though this is mostly music that tells stories of drug cartel life, it’s been a boon to the career of newer singers such as Larry Hernandez from Culiacan. One of his earliest albums was explicitly called “16 Narco Corridos”. He was recently in Neuva York. He played club Luna in the Bronx (check out a snippet, here). He puts some pretty revealing things on his Twitter feed: 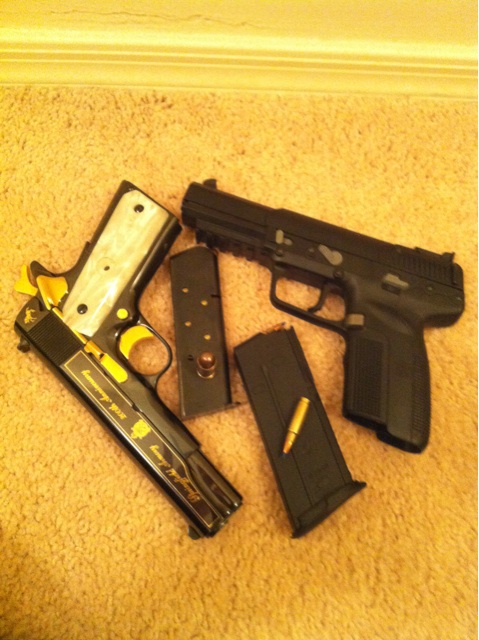 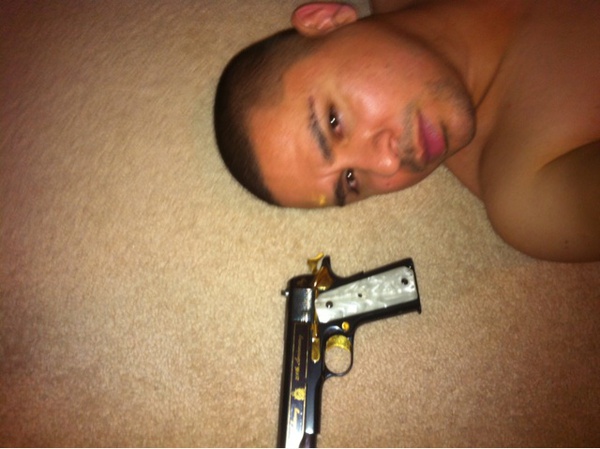 While doing research for the piece I came across the always pretty grisly Blog del Narco.
If you look in the top, right corner of the site you’ll see a link to youtube video. It’s not a video of chopped-off heads like you’ll find in the blog’s forum, but a group music video. What I know is the future of narco corrido as envisioned in this track “C A R T E L E S U N I D O S”

It’s gangster music, but with accordions and the smell of a promoter who knows violence sells. (Download a mixtape, here)