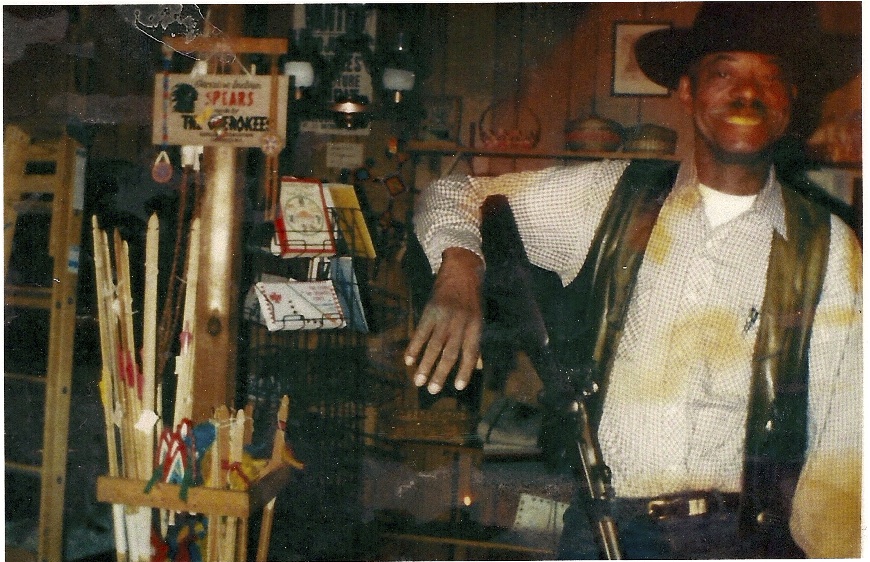 He was about 6″ 3, survived living on South 18th Street in Newark, helped raise 7 kids, smoked the Marlboro reds, kicked back on a lazy boy after a hard days work. He lived out his later years a member of a church, never really too much of a church-going dude before he had to battle cancer from what I could tell.

He made right with his maker.

Used to drive a long yellow Caddy. Never missed a holiday or Christmas. Bought me a BDP and Public Enemy tape one Christmas. Gave me a ride to the a girls house when I became a man (a.k.a virgin no more).

A saint somewhere out there is still clutching his cowboy hat. Granpa, you’re still missed.